In Health, Members of the Black African and African Caribbean population have dramatically lower treatment rates 6.2% in comparison to White British 13.3%. They are also more likely to disengage from early intervention services after the initial assessment.

“One cannot understand the make-up and context of others’ lives without being aware and reflective of his/her own background and situation” Danny Mortimer, Chief Executive of NHS Employers“

Over 70% of ethnic minority workers saying that they have experienced racial harassment at work in the last five years, and around 60% saying that they have been subjected to unfair treatment by their employer because of their race. Almost half reported that racism had negatively impacted on their ability to do their job, and almost half have been subject to ‘verbal abuse and racist jokes’.

Mabadiliko believes that ‘Cultural Humility’ can significantly increase the quality of intercultural communication and sensitivity as well as improve health outcomes for marginalised communities we work with.

“Over 40% of those who reported a racist incident said they were either ignored, or that they had subsequently been identified as a ‘trouble maker’. Moreover, more than one-in-ten respondents raising a complaint said that they were subsequently disciplined or forced out of their job as a result of doing so.” University of Manchester

Cultural Humility training is effective at reducing racism and discrimination in the workplace as well as mental health stigma within BME communities. 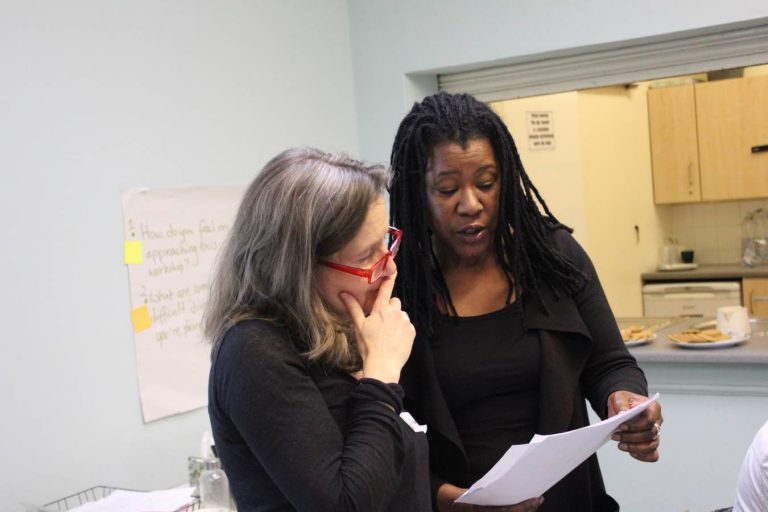 We deliver cultural humility and unconscious bias training to mental health professionals and educators. We specialise in providing insight through self-assessment and case studies into the impact of unconscious racial bias, microaggressions and colour blindness on the lived experience of Black and other minority groups.

We are also helping to build resilience in communities who perceive racism and discrimination as detrimental to the health and wellbeing.

Our vision is that one day, cultural humility training will be a mandatory for health professionals, senior leadership team, educators and anyone working with people who are different to them.

Talking about race is normalised and no longer taboo. Help organisations identify and mitigate against unconscious racial bias and microaggressions. Recruit ‘Allies for Change’ who pledge to use their position or power to advocate for organisational change.

Scroll to Top
We use cookies to ensure that we give you the best experience on our website. If you continue to use this site we will assume that you are happy with it.Ok